We would like to offer our sincere support to anyone coping with grief. Enter your email below for our complimentary daily grief messages. Messages run for up to one year and you can stop at any time. Your email will not be used for any other purpose.

Share a memory
Obituary & Services
Tribute Wall
Read more about the life story of Roland and share your memory.

The family is deeply saddened and shocked by his sudden death.

Roland was born to Roland St. Germain, Sr. and Martha Coquyt St. Germain in Independence, LA on December 2, 1953. He is preceded in death by both his parents and his sister Paula. Roland is survived by his wife of 30 years, Kerri St. Germain, their son Frank St. Germain, and his son and daughter from a previous marriage to Catherine Carpenter St. Germain, Roland St.  Germain III, and Michele St. Germain Funck; as well as his sibilings Lucy, Mike and Patty. He graduated from East Jefferson High School in Metaire, LA in 1972, before joining the U S Army in 1973.  He served until 1984, earning the rank of Staff Sergeant.

Roland held many jobs thruoghout his life, but above all he was an accomplished, prolific composer and musician. In his words, " I was a paralegal by day and by night I made records that annoy people". He wrote and produced several albums over his 60 years career with music. During the early 90's, he produced his first album, Dreams on Long Play and toured the U. S. and Europe with his band, The Grandmothers. By 1993 he created a new band, The Neglected Orphans, and immediately started on his next album, Dances with Weasels. The next ten years, he spent writing music and compiling ideas for his solo album, Tales From the Dog House. And solo was just that. He not only wrote the music and lyrics, but performed and recorded all the instruments himself.  From that point on he became "The Band".  He continued to produce and record music throughout the next 20+ years, including another solo album, No Prescription Required, and a Worship album, Passion of the Masses, in 2006.

He never stopped making music. It was his life, his calling.

A Memorial Service will be held at his home church,  Our Savior's Lutheran Church,  59 Lynn Lane, Henderson, NV.  On January 28, 2023, at 2:00 pm.  There will be a reception afterwards.  Please join us in celebrating Roland's amazing life.  Hawaiian shirts are welcome as they were his preferred attire.

To send flowers to the family or plant a tree in memory of Roland Paul St Germain Jr., please visit our floral store. 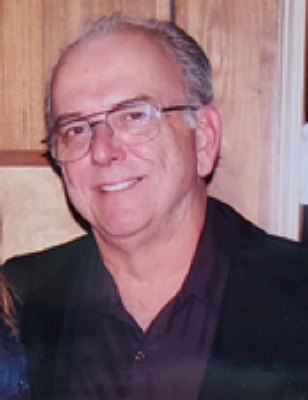 In Loving Memory Of

Look inside to read what others
have shared
Family and friends are coming together online to create a special keepsake. Every memory left on the online obituary will be automatically included in the book.

In Loving Memory Of

Look inside to read what others have shared

Family and friends are coming together online to create a special keepsake. Every memory left on the online obituary will be automatically included in the book.

You can still show your support by sending flowers directly to the family, or by planting a memorial tree in the memory of Roland Paul St Germain Jr.
SHARE OBITUARY
© 2023 Desert Memorial. All Rights Reserved. Funeral Home website by CFS & TA | Terms of Use | Privacy Policy | Accessibility